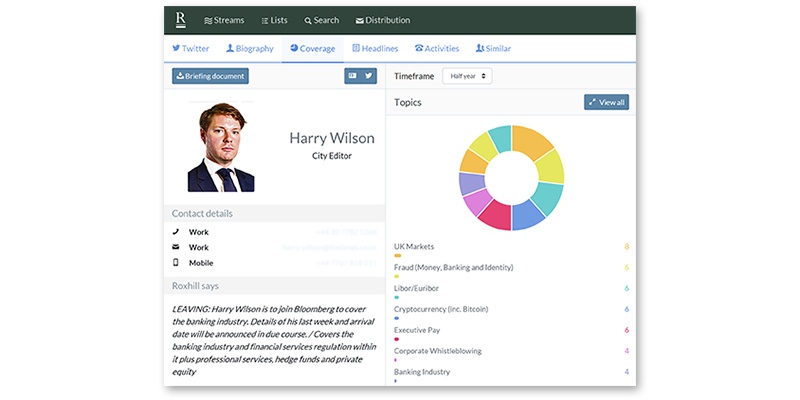 Harry Wilson is currently City Editor at The Times, he covers business reporting and analysis and also contributes opinion. He has previously held positions at The Daily Telegraph and is now set to join Bloomberg, covering the banking industry.

Most recently Wilson has been all over the Wonga.com crisis, writing quite frequently about the impact of the collapse on staff and customers. As well as providing retrospective analysis on where the once leading payday lender went terribly wrong.

Overall, Harry Wilson’s journalistic strength lies within the professional services including hedge funds, private equity and the banking industry and the financial services regulations within it.

Keep an eye on Roxhill updates as we’ll be releasing details of his last week and start date asap. 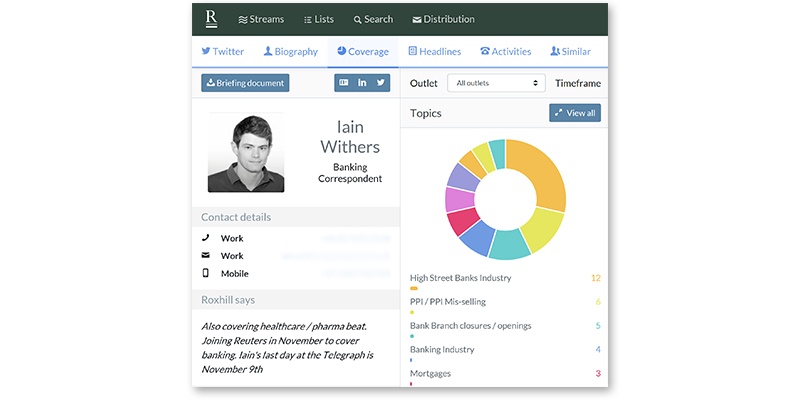 After having worked his way through the editorial ranks of UBM for over 6 years, Iain Withers took on a fixed-term role at The Daily Telegraph before becoming Business Correspondent within the publication. Now, Wilson is set to jump into a new position over at Reuters where he’ll be covering the banking industry.

His last day as at The Daily Telegraph will be 9 November. Ian Primarily writes about the banking sector but also covers healthcare and pharmaceuticals.

David Crow has worked at the Financial Times for over 6 years, his currently working as Business Correspondent for the Financial Times, New York, where he covers general business, regulation and the role of government with business.

Crow also covers Pharmaceutical and Telecoms news and was recently appointed Banking Editor at the Financial Times, London, a role he will commence in October 2018. 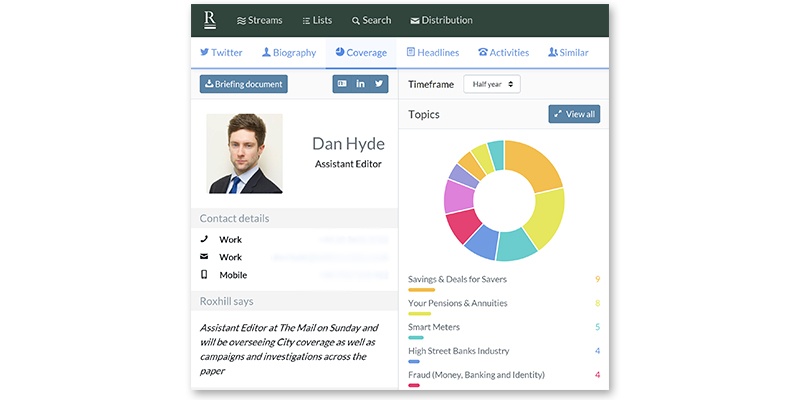 Dan Hyde is Assistant Editor at The Mail on Sunday, he also oversees City coverage as well as campaigns and investigations across the publication.

Hyde previously worked at the Daily Mail where he says he “always felt an enormous sense of duty”. His stand-out achievements during his time as Money Mail Editor, included - the Spanish Watchdog investigation of a holiday car-hire scandal, the terrifying fraud failings at Santander in 2016, and the campaign to unlock cash tied-up in pension annuities, he attributes these triumphs to the overwhelming support of his readers.

Ruth Sunderland is a leading financial journalist and the former Business Editor of The Observer. She has previously held the City Editor and City Features Editor positions at the Financial Mail on Sunday.

Ruth’s had a ringside seat at many of the most dramatic stories over the past twenty years and has a wealth of knowledge & experience. Sunderland stepped into her current position of Finance Editor of the Daily Mail on 3rd Sep. 2018, heading up the publication’s business team.

Katie Martin is Capital Markets Editor at the FT. She was previously Head of fastFT, The FT’s breaking news service, where she also wrote for other parts of the FT, mainly about markets. Martin has also held position at the Wall St Journal and Dow Jones.