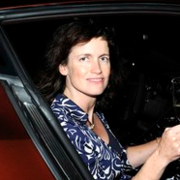 Coronavirus: what the travel editors are thinking

These are unprecedented times: instead of a Brexit bounce back for travel, we have coronavirus about to wipe a reported €10 billion off the Italian tourism industry, regional airline Flybe collapsing, other airlines cutting capacity and even trade show ITB cancelled. It’s not just that coronavirus is on the brink of being declared a pandemic but that public fear is being fanned by 24 hour news and social media – people can’t switch off from it.

Travel desks are reeling from the effects, with advertising pulled, whole issues being changed and plans in tatters. Last week, the Daily Mail changed its cruise-heavy section at the last minute, while this week The Telegraph changed much of its content to give consumer advice and boost its UK special. As Sarah Hartley from the Mail on Sunday says, ‘I have ripped up my plans for the next four months or so and am living hand to mouth.’

Travel editors can’t plan because they don’t know what is going to happen. But they can minimise the risks of having to change their issues at the last minute by pulling coverage on high-risk countries or areas and concentrating on low-risk ones. That means that as well as obviously not featuring China and northern Italy, they are unlikely to run pieces on the rest of Italy, and category two countries in Asia. ‘I’m avoiding other Asian countries at least for the next couple of weeks,’ says The Sun’s Lisa Minot. The Times/Sunday Times said it would ‘quite clearly’ not be commissioning or running pieces on Italy for the ‘next couple of weeks’ or anything in the red zone. Exceptionally, Mark Palmer from The Mail said he would feel ‘perfectly comfortable’ running a piece on a weekend break in Lecce. Cruise coverage is pretty much being cut across the board (though the MOS has a supplement this weekend and some publications are still running small-ship and river cruising).

The situation is the same for long-lead publications: Jane Anderson is considering whether to pull Italy from the spring issue of Family Traveller and Lyn Hughes has bumped most Asia features in Wanderlust in favour of Latin American articles. Lyn also reports a commissioning freeze as issue sizes shrunk when advertising was pulled; some planned articles may be pushed back. Expect smaller issue sizes among the nationals too if advertising continues to fall.

There is little point sending any press releases or press-trip invitations (even with long leads) to go to affected areas now, particularly China as it’s a country travel desks rarely feature. Whatever you do, do not send out releases similar to those sent by Wendy Wu in January saying ‘coronavirus is due to peak in seven to ten days’, which drew widespread scorn from journalists. In Italy there is more of a case to schedule press trips – Lisa Minot said she would look at a long-lead invitation as did Jane Anderson ‘but we may have to cancel’. My personal opinion would be too hold fire for now – your release/invitation will just get lost among the general mass of emails.

Be prepared, instead, for the time when the all-clear is sounded, ideally with some great offers. Once it’s safe to go to China, for instance, newspapers will be looking for money-off deals to incite readers to return. Reduced prices from previously affected areas will see increased coverage, confirmed The Times/Sunday Times. Play up the chance to see places without other tourists. Lyn Hughes has already spotted on social media that Angkor Wat has hardly any tourists and is ready: ‘if there are no cases and no tourists then it is a good time to go.’

For now, the real winner in coverage terms is the UK, with pretty much all travel sections, including the Times/Sunday Times and Telegraph, increasing coverage (although they will all be keeping an eye on UK coronavirus cases too, and will be looking for secret or remote areas in particular). This ties in nicely with the sustainable travel trend already being exploited well by the Guardian, with its enhanced UK and European coverage. Obviously, travel sections will need to fill their pages with other countries too – Sarah Hartley is doing more on the US, Latin America and India.

Some coverage will include coronavirus updates, with many publications running big Q&As; the Mail plans an update every week in print. More updates, though, will run online because of the fast-changing nature of the virus.

Big-event coverage will depend on the situation: most travel desks already have Japan copy for the Olympics lined up, but will only run it if the games go ahead. In some cases it may be better to hold off from press trips with the hook of an event. For instance, The Sun commissioned a piece based on a press trip to Hamburg, angled on the Beatles festival, but the festival was cancelled.

Travel journalists are hardened souls so will continue to attend events – though most say they will probably fist bump rather than kiss – and don’t have a problem meeting PRs with clients. Note, though, that News UK reception asked two Japanese men meeting one of the travel sections this week if they had been in their country in the last two weeks – the implication was that if they had, they wouldn’t be let in. News UK is also cracking down on some trips – Lisa Grainger from Luxx had to cancel one to Italy the week after next when she was told non-essential travel was not allowed. Non-essential travel at Associated Newspapers similarly has to be cleared with a line manager.

Kate O’Brien from Finn Partners asks whether to go ahead with a press trip in April to a non-affected area if flights aren’t booked. The answer is yes: obviously, check with the journalist/section involved first. But travel journalists are still travelling – Will Hide is even in Italy this week and Julia Buckley has just been. Make sure, though, that you check the FCO coronavirus advice page daily, make sure the people you send away have insurance and/or EHIC card if relevant.

Yes, it’s going to be a bumpy ride but, as Lisa Minot says, ‘I’m trying not to get too OTT on this – I think it will pass.’