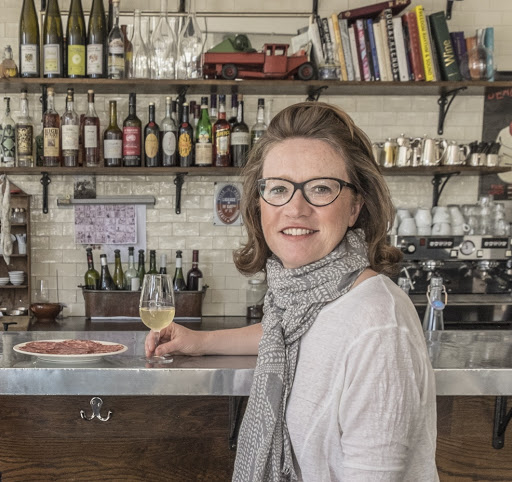 Press release of the day

Here is a great idea that has just come through. I might just give it a try tonight!

Coronavirus: what the food desks are doing

Fiona Sims talks exclusively to RoxStars about what the food desks are doing during these uncertain times. She has also written for The Times, The Telegraph, The Guardian, National Geographic Food and The Caterer.

What a week. With consumer confidence only just beginning to recover after Brexit uncertainty, restaurateurs were looking forward to a more settled future – and then Coronavirus hit. It’s been catastrophic for the hospitality industry. Many have announced this week that they are closing up shop, pre-empting what most think will be an imminent government ruling, following the lead of other European countries. For some – those stronger financially – it will be a temporary measure. For others, it will be permanent. “I think the re-opening of restaurants will be the biggest challenge, some just may not have the finances to do that,” warns leading restaurant PR, Gemma Bell.

It’s devastating, not least for the multitude of staff in the industry, who will face the crisis unemployed. And that includes restaurant PRs, who are having to make impossible decisions to try to keep their businesses afloat.

Like everyone else, I’m shell-shocked. I’ve had features, events and trips all cancelled, including one to New York last weekend to cover the opening of Hawksmoor, which closed its doors before it even opened. Travel, a key part of what I do, has totally dried up. I also write about the restaurant and hotel business, which involves face-to-face meetings and experiencing the venues – this, too, has disappeared in a puff, along with the commissions.

So without these types of features, what happens to the coverage in the country’s food magazines and national newspaper food sections? Is it out with restaurant reviews and in with rationing-style recipes? Not quite, but not far from it.

“We probably will be looking at doing more utilitarian recipe features,” says Tony Turnbull, food editor at The Times. “Though God only knows what Giles (Coren) will cover in his column – restaurants that do home delivery?”

The Telegraph are conscious of setting the right tone for coverage. “I don’t think we’ll be running anything on party food in the near future,” says food columnist Xanthe Clay. “At the moment, coverage has to take the situation on board, anything else is odd. But in a month, if we are still isolating, it could be different.”

At Delicious, editor Karen Barnes has had big success with a shout out on social media telling readers that the team will be on hand to advise how to put storecupboard meals together. “This is where online comes into its own, as we can react instantly to the news,” says Barnes. More of this type of thing, please.

Sainsbury’s Magazine editor Helena Lang has had to reinvent the May issue in superfast time. “From spinning stuff and changing headlines to pulling content. The travel story on cruises had to go, as did the feature on celebration cakes for weddings. That said, we will still run travel features as we think people want to plan for when this is all over.”

So, what can PRs do to help? The Guardian’s Weekend magazine food and drink editor Bob Granleese can you tell you what not to do, in his inimitable style. “Just today I had THREE new opening end of March alerts from PRs – fathomless knobbery. And the ‘please come visit our clients one last time’ is tone-deaf, offensive and potentially dangerous.” He admits that everything is still up in the air as far as future planning is concerned. And as for running restaurant reviews in the coming weeks: “I think it’s ridiculous to run reviews of places literally no one can go to.”

“Our main worry is filling pages,” says Tony Turnbull, “especially if we aren’t able to do shoots or get food for shoots. So, what we need from PRs is a complete package, from pictures to recipes. Book publishers will become the most powerful people in our industry in the coming weeks and months ahead, as whatever happens we will continue to publish recipes.”

Most staffers have now switched to home working, which will bring its own set of challenges. “In general, we can’t receive products,” says Karen Barnes, “though certain things can be tested at home, as long as you email to check if they are appropriate. Apart from that we are happy to receive pitches as usual, though I don’t have a specific plan going forward. We are taking each day as it comes.” Helena Lang says she wants to know about new products, and she does want them sent to staffers’ homes. However PRs must make extra sure that they don’t waste their time by suggesting things that aren’t on the shelves at Sainsbury’s. “Readers still need ingredients; people will be cooking from home a lot more, not least because it’s a way to inject excitement into their lives. So, we’re looking for creative, clever ideas that can cheer people up and be shared on social media.”

For me, now is the time to get creative, think up story ideas that can help the industry get back on its feet, and give some inspiration to those who are floundering. This still feels totally surreal and unlike anything I’ve ever experienced, but enforced isolation will hopefully encourage us all to think out of the box and generate some useful content for an industry that we are all passionate about. As Gemma Bell puts it: “we’re a creative bunch, and we will do our very best to build the hospitality industry up again – when the time comes.”