Lessons From A Year in PR: A Journalist’s View 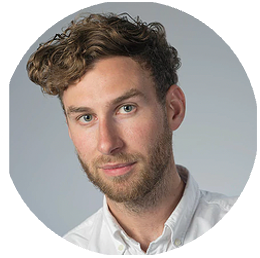 And just like that it’s been a year since I crossed to “the dark side”. After more than a decade as a journalist, including eight at the Daily Telegraph, I left to join Hanover, an agency in London dealing with household names in a range of sectors, from energy to industry.

I knew the transition from journalism to comms was a well-trodden path, but that did nothing to prepare me for what was to come. I’d long since become familiar with the visible elements of PR – press releases, interviews, campaigns – but the work behind the scenes remained a mystery. Perhaps I was naive to think there wasn’t so much of the iceberg beneath the water line. Who knew PRs produced briefing notes on journalists, like me, for their clients?

I’m bedded in now, but my overriding thoughts for the first few months after my switch was that I, like so many journalists, had greatly underestimated the hard work of communications professionals. I am no longer in the position to tell PRs what a hack thinks, but I thought it would be useful to share some of my stand-out learnings from the last 12 months.

Relationships are the only hard currency

Of course, back at the Telegraph, I never picked up the phone either, but, thanks in part to the pandemic, the hack’s aversion to a call is even greater now. So how do PRs speak to a journalist when they have exhausted all avenues? The truth is there is no silver bullet. It helps if your story is dynamite, but we know that cannot always be the case. The only alternative is to develop and maintain relationships that afford you a chat with a contact, when the press release itself is perhaps undeserving. Without friendly, valuable relationships with journalists, you’ll be left with leaving unchecked voicemails or firing emails into the ether. And it’s only going to get harder.

There is no substitute for genuine news

This touches on the above, but no matter how hard PRs attempt to manufacture stories, there really is no substitute for actual, hard news with a material impact. This makes a PR’s job more difficult because such developments can rarely be magicked out of nothing. What you can do is be forever alert to opportunities. Speak to your clients often; engage with their day-to-day; and see news where it has previously been unseen. It is not easy, but it can yield results. I now know why so many PRs turn to shot-in-the-dark surveys for their press releases. It’s an easy way out – but journalists know that, too.

Creating a release, or campaign, around a specific news event can be a go-to option for clients. Sometimes it really works. It’s not, however, because you are in the right place at the right time. It’s because you have something to say and are the right person to say it. This would be true whether your input was “newsjacking” or not, though the news event is a helpful leg up. If it feels unnatural putting the comment out, that’s probably because it is. Only if your client is adding value and expertise, and the context is appropriate and sensitive, should “newsjacking” be used – and then it’s not really “newsjacking”, it’s your client using their voice.

As a journalist I knew what a clear, consistent voice looked like in press materials. I didn’t realise, however, that it was often the product of a robust internal messaging framework, created by a comms team. Now that I’m on the inside I can think of little that’s more valuable than a comprehensive question and answer document that covers off every angle and eventuality that might crop up around a release or campaign. With this, you’re leaving nothing to chance.

After crossing the floor, I quickly developed a new-found respect for PRs. My colleagues and our clients are all hard-working, passionate, and brilliant. I am honoured to work alongside them.

There will always be challenges in how communications and journalism interact, but having done both, I know that despite the differences, we’re all cut from the same cloth.

Previous
Discover your next profile opportunity with...

Next
How to be the perfect PR – Infographic