“We are overwhelmed by information. The problem isn’t just fake news or junk news, because there’s a lot that’s good – it’s just that there’s so much of it, and so much of it is the same. Most of it is in a hurry. A lot is partial and confusing. Too many people chasing the news, but missing the story.”

James is one of the most high profile journalists of his generation. A former Washington Bureau Chief for the FT, he edited The Times between 2007 and 2012 and most recently was the Director of News and current affairs at the BBC between 2013 and 2017 before working up the Tortoise model. Hear how James views the challenges facing journalism. 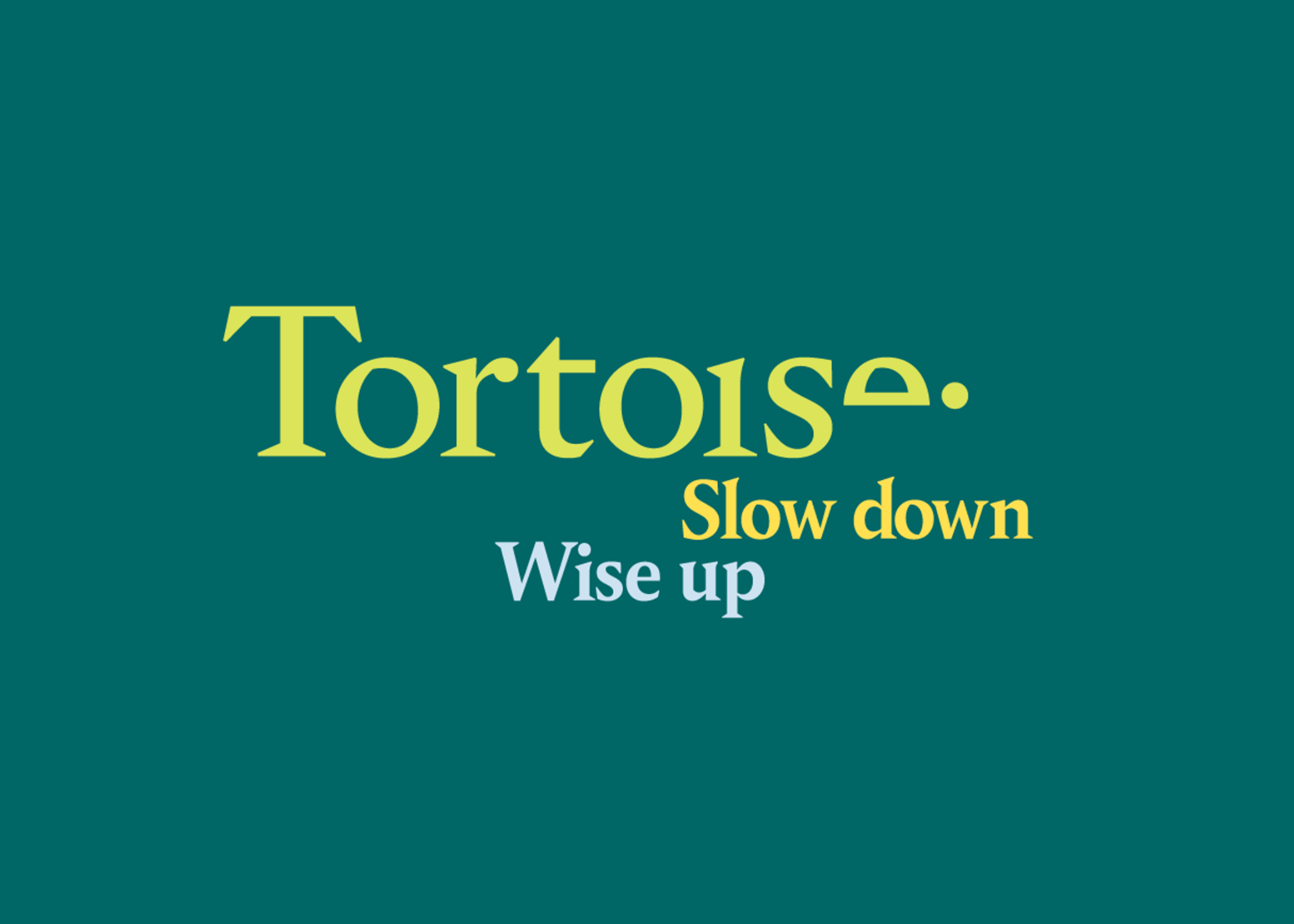 Live, unscripted conversations where Tortoise harness the diverse experience and expertise of their members to shape the way we see the world.

“The reason we want businesses, and companies and PRs in the room, is we want people to say what they think. The beauty of a ‘ThinkIn’ is that it’s designed so that you hear direct points of view.”

“When you ask youself certain news-related questions, you very quickly discover how little you know - and it forces you to think more deeply about the subjects in front of you. Imagine if you could take those questions and open that conversation up?”

People come to a point of view, but you don’t know the journey that got people there. Tortoise ‘ThinkIns poses thought-provoking questions, see below for a list for upcoming events.

The news not as it happens, but when it’s ready. The slow news feed lands in the app, online or in your inbox. A carefully-curated feed with all the stories that matter today - and will continue to matter and evolve in the following days, weeks and months.

The news feed is available on mobile via the Tortoise app, which you gain access to when you become a member.

“We try to go for big subjects that are both global and with a real focus on investigation.”

“Great features should give you a moment to pause and understand how the world is working. I hope that the journalism we do is really focused not just on the story, but on what comes next. We’re a newsroom with a serious agenda and a spirit of change.”

“A subscription is a method for payment, but a membership suggests that you are a part of something, and that you participate in it.”

“For us, membership means that you’re party to an exchange of information, networks, relationships and ideas. The way we do everything is as a member, so you can share any of our stories with your friends. We want the benefits of a Tortoise membership to be material to you.”

Find out more about Tortoise and their membership options on tortoisemedia.com

Thank you to James Harding and those that joined us, and to Herbert Smith Freehills LLP for hosting us.